A few questions can help you figure out:

What kind of partner are you?

What type of player you should partner up with to become a winning combination.

Take a small survey to see if you are a good teammate.

*Signals are an important way to be on the same page as your partner.

*Are you a good communicator?

*Are you the leader or the implementer?

*Do you like to talk between points to your partner or keep to yourself?

*Do you like to have help with decisions in challenging moments in a match?

*Are you the steady player on the team or the aggressive hitter?

*Which type of player do you like to team up with, a sitter or a hitter?

Doubles is a game of chemistry between 2 players.

Sometimes the chemistry lasts for seasons and other times it is short lived. Knowing what kind of player you are and what kind of partner you like to play with is the start to building a successful team.

Often players who are of similar styles do not make good partners. Two steady players may frustrate another team by seldom making an unforced error but they lack the ability to put shots away to close out points.  Two aggressive players may look amazing with smashing put away shots but they do not neutralize well and if one player is off that day the partner cannot keep the point alive long enough to allow them to get their game back before the end of the match.

Do you like to talk to your partner as the match is developing?  Are you the strong silent type who just wants to “get on with it”? Having a partner who likes to talk between every point can be very annoying and distracting to some one who doesn’t like to talk. When the match gets tight do you prefer to not talk and just play within yourself?

As in any relationship, communication style is a key indicator of a successful team.

Both players need to know what is going to happen before a point starts. Just like in basketball, football and baseball, all the players must know what the other players are going to do – what is the game plan for the next play.

Signals are very important for a team sport.  Signals can be verbal communication with your partner about where you are going to serve, poach, return or attack a particular player. Signals can also be hand signals between the server and net player with fingers indicating where to serve, if the net player is going to poach or fake. Many teams communicate verbally but also use the hand signals to confirm the strategy and to make the opponents “think” about what the other team is going to do to “get in their head”.

In any case, talk to your partner, create a plan of action as the serving team or the receiving team so you can perform as a team.

Analyze what skills you bring to the team and what your partner brings to help you decide what type of game your team should play.  Decide if you are playing unusual players if you have the skill sets to adapt to the other teams style effectively.

*Practice against a variety of opponents in practice, not just against your friends.  In real matches you will face a wide variety of teams and you need to know how your team matches up and adjusts to their unusual styles.

*Practice a lot of UDF’s or Unusual Doubles Formations. This can be an effective strategy against a variety of opponents to either adjust to their style of play or to throw off their game or match momentum with an unusual formation. The formations are many and you need to be comfortable using them so as not to throw off your own game. The most common UDF’s are Australian formation, I formation, both back but come up with all kinds of formations that let you capitalize on your teams strengths or neutralizes your opponents strengths.

*Practice playing tie breakers vs sets.  Most matches are decided either by set or match tie breakers. The pressure is different in tie breakers

and you want to feel more comfortable than your opponents when the set or match is dependent upon the tie breaker.

*Practice playing using only 1 serve.  Instead of going big on the first serve and just getting the second serve in, you will be forced to develop a “between those two” serves that should improve your first serve percentage and reduce your weak second serve.

Just like in other team sports, communication, styles of play and enjoyment make for successful teams.  So, put a little effort into selecting a partner then work together to become successful

Double your pleasure – double your fun with Doubles 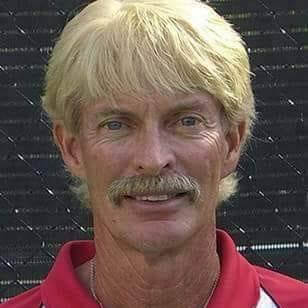 Ken Dehart is a PTR Hall of Famer, PTR International Master Professional, 2 Time PTR international Pro of the Year, USPTA Master Professional and 4 time USPTA Divisional Pro of the Year. He is the Director of Tennis at Silver Creek Valley Country Club in San Jose, California. Ken travels and speaks at conferences and to pros all around the world, Australian, Wimbledon and US Open tennis teachers conferences and writes extensively for magazines and websites. He is a tennis collector with hundreds of books, racquets and tennis memorabilia in his collection. You can follow Ken on Facebook at Ken DeHart Tennis and on Instagram at dehartken.